by Scraps Of Tape 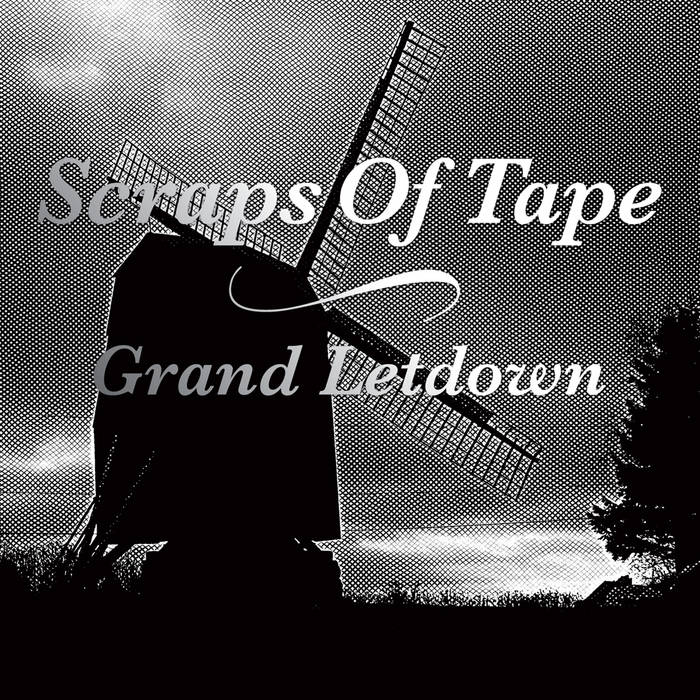 Hello.
We started writing what was to become what you are holding in your hands right now during 2007, and in August of 2008 we locked nineteen different guitars, four paper bags full of effect pedals, a dozen different amplifiers, five synthesizers, a bongo drum, two drum kits, a grand piano, everything else we could find, Mathias Oldén and ourselves into Mission Hall in Sebbarp, Skåne and started recording. After two weeks we left Sebbarp and scattered across Sweden not to see each other again until approximately six months later.
During this time Mathias Oldén mixed it all at Studio Gröndahl in Stockholm, and Martin Lundmark and parts of the band did the mastering at Element in Göteborg. Victoria Skoglund and Ola Lindgren took the pictures and did all the artwork for the sleeve, and Jens Nordström shot the photo of us. While still in Mission Hall, Douglas Holmqvist once again graced us with playing some amazing piano and beautiful vibraphonette and Harry Krook played a melody box for us.

This is our third full length record and we’ve decided to call it “Grand Letdown”. Thank you all for listening, helping and living.

The excerpt from the collection of poems entitled “En Vacker Dag” by Carl Magnus Von Seth is used by kind permission. All words and music by Scraps Of Tape except “Filler” originally written and performed by minor threat (©1981/dischord records) and “Eric” originally written and performed by carpet people (©1997/Fish Up Publishing/Warner Chapell Music Scandinavia AB)

Bandcamp Daily  your guide to the world of Bandcamp